Twitter recently updated the design of their “fave” (also known as “fav”) button, introducing a new animation. Rather than rely on CSS transitions, the animation makes use of a series of images. Here’s how to recreate the animation using the CSS animation steps timing function.

The following technique can also be used with the new “Heart” animation, as it’s handled in a similar way:

See the live example on CodePen.

The effect is similar to the old Zoetrope devices, which presented a series of illustrations in sequence around a cylinder. Instead of a cylinder, we display a flat series of images inside an element.

Hover the star to see the animation:

In this example we begin by creating a series of images that will make up the animation. In this case we are using part of the image set from Twitter’s fave icon animation: 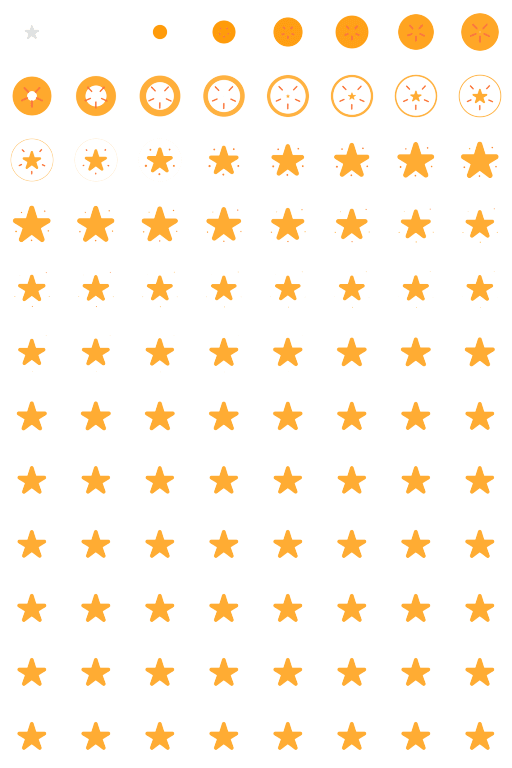 To animate these frames, we’ll need to put them into a single line. This file has them in a single row, which means we can transition from the first frame to the last frame by positioning the background: 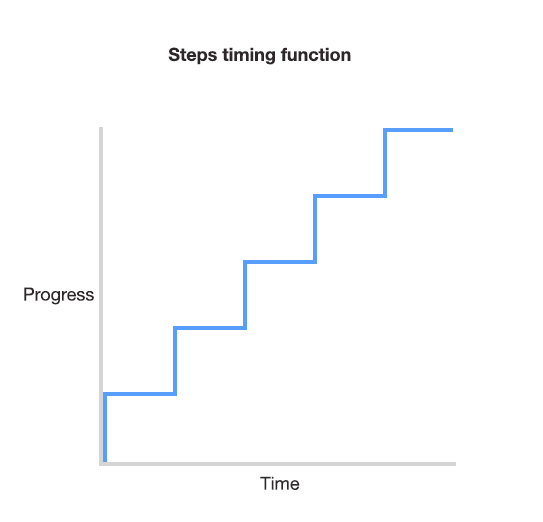 To begin we set up the HTML:

With that in place we can add a little styling and position the background image:

The hover state is added, which is when we specify that the background position be moved to the end of the series of images:

Note the second rule, specifying the transition. In this case we want to transition the background property, run the transition for a duration of one second, make use of the steps timing function. The steps part includes the value 55, as there are 55 frames in the animation.

The effect is that when we hover over the element, it jumps through the transition in 55 equal steps.

Why not a gif?

Animated gifs could potentially be used but in this case would not be a great fit. The file size is generally worse and frame rate is difficult to control. With this method we can pause, rewind, or make all sorts of other adjustments to the animation using CSS.

Animating background sprites is just one use of the steps timing function. Anything that needs to be animated in a series of discrete steps is a good fit for it. You could use it to create a ticking clock for example.

If you enjoyed this article, you can share it on Twitter or save this handy summary cheatsheet: 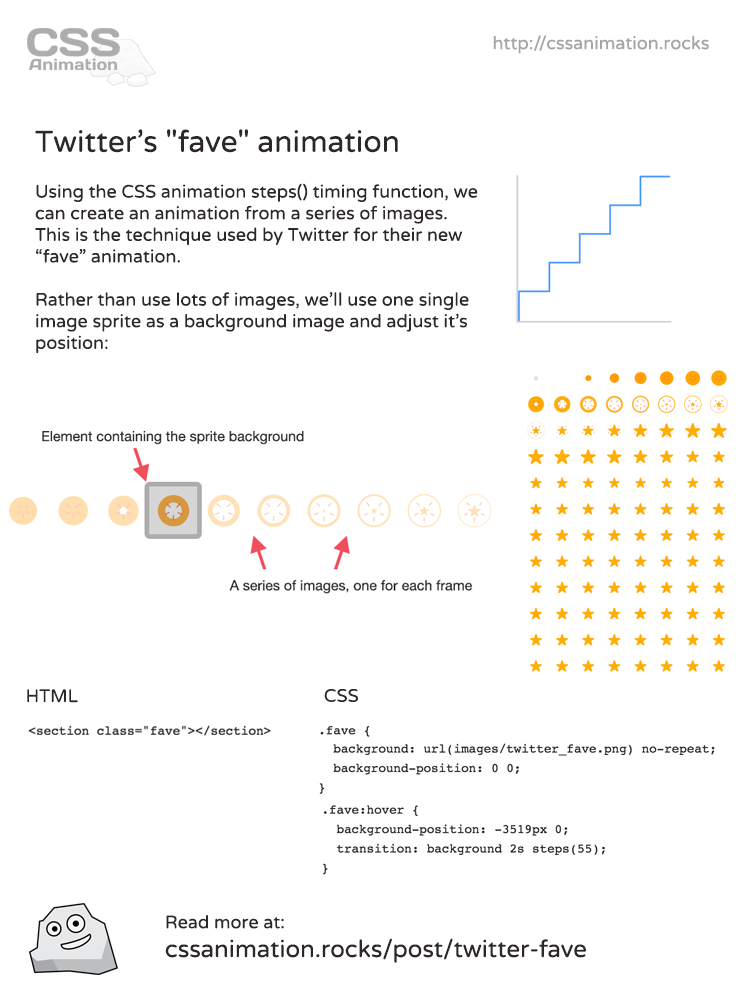